Following her best-selling TASCHEN monograph, Linda McCartney’s Polaroid Diaries brings together highlights from her vast archive in a limited Collector’s Edition. Taken from the early 1970s until the mid-1990s, the portraits, still lifes, landscapes and interior compositions affirm her bold eye for pattern, color, and an elegant use of light. Through these candid instant pictures, we discover an intimate testimony to McCartney as an experimental artist and photographer.

The collection focuses on McCartney’s distinctive way of seeing the world and her family, through charming and quirky portraits of Paul McCartney and the couple’s four children. We see them pulling faces and in matching pajamas. We see James pouring water on himself, and Mary and Stella playing dress-up. There’s dancing, eating, horse riding, and countless moments of everyday life on their farm in Southern England.

As Paul says in the introduction: “She would just see things. Many of her photos, it’s just that one click. You’ve got to recognise when a great photo is happening in front of you. And then you’ve got to snap it at exactly the right moment… And she did that so many times that it always impressed me.” The Polaroid Diaries curates more than 200 of these “right” moments from the early 1970s until the mid-1990s, along with a foreword by Chrissie Hynde and an essay by art critic Ekow Eshun.

The book also features luminous landscapes across Scotland and Arizona, as well as the odd celebrity, as the likes of Steve McQueen and Adam Ant wander into the frame. Other pictures attest to her love of animals, with compassionate images of cats, lambs, horses, and hens. It’s a pre-Instagram glimpse into the life of an extraordinary family, a celebration of Linda’s legacy as a fiercely committed artist and of the instant magic of Polaroid film.

Linda McCartney (née Eastman) was born in New York in 1941. She took a photo course with Hazel Archer and studied art history at the University of Arizona before settling in New York City, where she began her photo career shooting rock portraits. Outside of her photography, which has been exhibited in over 50 galleries worldwide including the Victoria and Albert Museum, London, the National Portrait Gallery, London, and the International Center of Photography, New York, Linda McCartney is known for her passionate animal rights activism and her staunch vegetarianism. She wrote cookbooks and founded her own brand of frozen vegetarian meals, all the while raising a family, continuing to take photographs, and participating as a Wings band member alongside Paul McCartney. She died in 1998 at the age of 56.

Ekow Eshun is a London-based writer, critic, and curator. He is Chairman of the Fourth Plinth Commissioning Group, overseeing the most prestigious public art program in the U.K., and the former Director of the Institute of Contemporary Arts, London. His writing has appeared in publications including The New York Times, The Financial Times, The Guardian, The Observer, Granta, Vogue, Aperture, and Wired. He is the author of Black Gold of the Sun, which was nominated for the Orwell Prize, and the editor of Africa Modern: Creating the Contemporary Art of a Continent.

Reuel Golden is the former editor of the British Journal of Photography. His TASCHEN titles include Capitol Records, Mick Rock: The Rise of David Bowie, both London and New York Portrait of a City books, Andy Warhol. Polaroids, The Rolling Stones, Her Majesty, Football in the 1970s, the National Geographic editions, and The David Bailey SUMO. 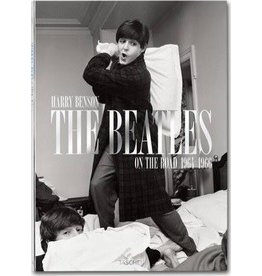 Harry Benson’s Beatles portfolio includes some of the most intimate photos ever taken of the band.This volume collects the best of his luminous Fab Four shots, from their 1964 Paris tour (pillow fight included) to George’s honeymoon in Barbados. Contextua
Add to cart
The Beatles on the Road 1964-1966 1stEd. by Harry Benson (Signed)
C$264.99 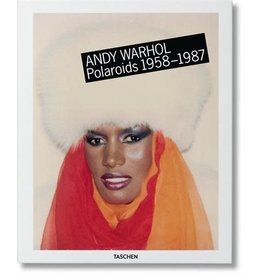 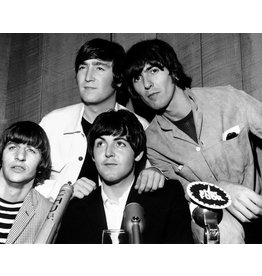 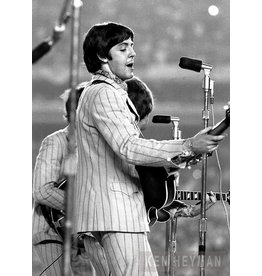