Three facsimile editions of Françoise Gilot’s travel sketchbooks, made between 1974 and 1981, combine the distinct atmospheres of Venice, India, and Senegal with Gilot’s abstract figuration. This collection is complemented by a color lithograph especially created by Gilot for TASCHEN, which reproduces a vivid, colorful page from her travels in Africa.

This fold-out box set presents a hardback, facsimile edition of three sketchbooks made by Gilot on her travels between 1974 and 1981. Collecting direct impressions and abstract reflections, they are suffused with the distinct atmosphere of these places: Venice, India, and Senegal.

Gilot travels to Venice in the summer of 1974. Her regular visits to the floating city as a child have made a lasting impression, and she feels a deep, continued connection. There, she draws with a subtle palette, centered on different shades of a watery blue. Views of the city are mixed with reimaginations of the canals and cityscape, yet it is above all the spirit, history, and myth of Venice that animates her work. She pays tribute to its art with various pages characterizing her forebears: the Bellinis, Carpaccio, Giorgione, Veronese, Titian, Tintoretto. Gilot infuses her illustrations with writing, her beautifully organic lettering becoming part of the drawings in which she depicts the canals, the cafés, the lovers at the water’s edge.

The second sketchbook is from Gilot’s trip to India in late 1979. She draws out on the streets and sat on bumpy plane rides between cities. The sketches, mostly black and white, capture people on the road, market stalls, cows and other animals, as well as wall advertisements for the coming election. Central to the sketchbook are the figures of women, working or carrying a load, always clad in impeccable saris whose folds especially captivate her: “The cloth is a cocoon,” she notes, “and in this latent metamorphosis lies the magic of the curved line.”

In 1981 Gilot visits Senegal, where she is impressed by the people she meets, their movements and meetings, life in the circle huts and on marketplaces. Her sketchbook is almost jewel-like in intense colors, juxtaposed with deep-inked black-and-white line drawings. Again we see many women in flowing garments, their poses like ornaments on the page, we see plants and landscapes, sometimes clear and sometimes as form, moving in and out of abstraction.

This Art Edition includes a color lithograph, Music in Senegal (2017). Especially created by Gilot for TASCHEN, it elaborates on a sketchbook page she made on the road during her travels in Africa. A highly abstracted group of musicians in a hut, it follows Gilot’s impressions of social gatherings with “the music opening the doors of perception and anticipating remembrance.” The vivid colors depart from the more spontaneous drawings found throughout most of the sketchbooks, instead becoming close to the artist’s signature painting style.

The three sketchbooks are accompanied by an additional booklet containing an
introduction by Hans Werner Holzwarth, a conversation between the artist and Thérèse Crémieux on her work and travels, and translations of the handwritten text within the drawings.

Art Edition of 60 numbered copies (No. 121–180), each with the hand-printed six-color lithograph Music in Senegal (2017), signed by Françoise Gilot

Also available as two other Art Editions, each with a different lithograph signed by Gilot and limited to 60 copies, and as a numbered and limited edition of 5,000 copies

Born in 1921 in Neuilly, France, Françoise Gilot is a painter, printmaker, and writer. She started showing her work in the 1940s as part of the Nouvelle École de Paris movement, and she has since had many international gallery and museum exhibitions and has received awards and honors, including the Ordre des Arts et Lettres, and was made an Officier de la Légion d’Honneur. Her poetry books and memoirs on 20th-century art include the best-selling Life with Picasso (1964) as well as Interface: The Painter and the Mask (1975) and Matisse and Picasso: A Friendship in Art (1990). She lives and works in New York.

The editors and authors

Thérèse Crémieux is an actress and dramatist who has played in films by Robert Altman, Claude Lelouch, Laurent Heynemann, and Jacques Demy as well as in French theater. She collaborated on her own solo pieces with writer Philippe Ferran and directors Louis-Do de Lencquesaing, John Pepper, and Robert Cantarella. Her first play, Scènes étrangères, was produced at the Comédie-Française, and since 2011 she has written and published a number of plays including L’Art de la séparation, which takes place in Munich in 1933, Superstition, Dernière séance, and Low Cost.

Hans Werner Holzwarth is a book designer and editor specializing in contemporary art and photography. His TASCHEN publications include the Collector’s Editions Jeff Koons, Christopher Wool, Albert Oehlen, Ai Weiwei, and the David Hockney SUMO A Bigger Book, as well as monographs like the XXL-sized Jean-Michel Basquiat and survey books such as Modern Art and Art Now! Vols 3 and 4. 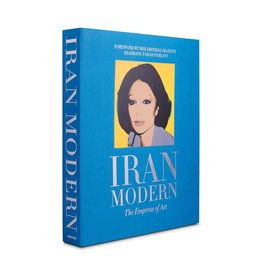 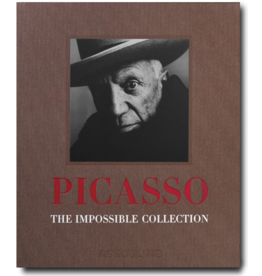 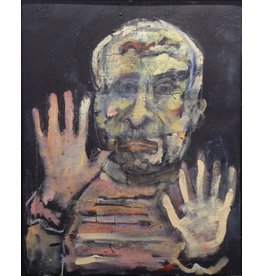